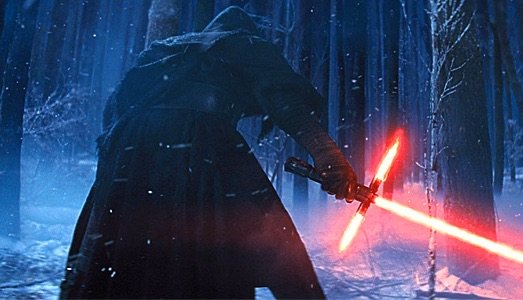 I’m a child of the 70’s.
When I wasn’t day dreaming about being the Yankees’ shortstop Willie Randolph, Adam West’s Batman or William Shatner’s Captain James T. Kirk; I was about being Luke Skywalker. So, like any good Padawan learner I listened intently to the teachings of the wise Jedi Master, Yoda.

“Fear is the path to the dark side. Fear leads to anger. Anger leads to hate. Hate leads to suffering”.
Yoda, Jedi Master

Of all his teachings that’s the one that stuck with me the most. It is the first thing I thought of when reading some of the negative reaction to this latest Star Wars: The Force Awakens movie trailer.

The #BoycottStarWarsVII internet movement claims the producers of the movie are pushing a multicultural agenda because the lead characters are not portrayed by white males. Alas it seems a politically correct conspiracy of Galactic Empire proportions is a foot!!

I must admit I too was taken aback by the trailer for similar reasons expressed by the closed minded Star Wars critics. The last shot of the action packed clip featured actor John Boyega’s hero character donning a lightsaber as he faced off against the sinister Kylo Ren (played by Adam Driver).

While I was certainly aware that Boyega was one of the main actors in The Force Awakens; I didn’t realize he was the main guy. My initial reaction was what the whah?

I quickly tried to rationalize the reason for my objection. I thought to myself: it’s because I was led to believe that the new Jedi would be a woman (referring to Daisy Ridley’s character). It’s because I thought the story would focus on the character Luke Skywalker played by Mark Hamill. No, it was none of those things. It was because the lead character is black. 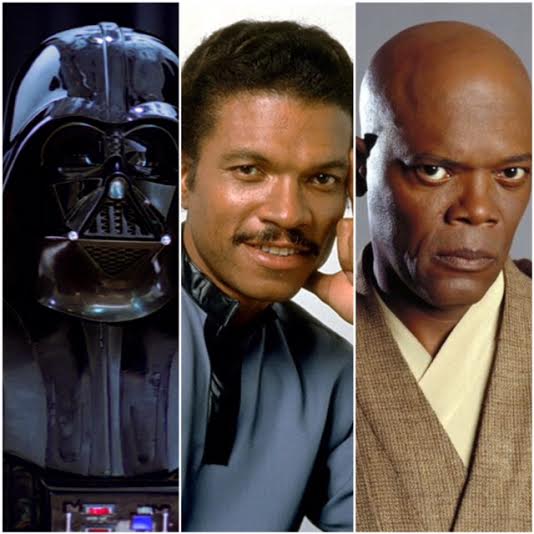 Why was this bothering me? All along, from the first trailer I have been celebrating the diversity of race and gender of the characters showcased on the promotions. It’s not as if the Star Wars franchises haven’t featured black characters before. The baddest dude in the galaxy’s voice is that of legendary actor James Earl Jones. I love Billy Dee Williams’ Lando Calrissian and Samuel Jackson’s Jedi Master Mace Windu. Still, it was just Jones’ voice. Once Darth Vader was unmasked the character was presented as a white male and while Williams and Jackson had prominent roles; they weren’t the leads.

Then I started reading the hate filled “#BoycottStarWarsVII because it is anti-white propaganda promoting #whitegenocide,” bull and I thought I’m not living in their house, but I certainly have residence in the neighborhood. What the hell is going on with me? And then it hit me. I have been programmed to feel uncomfortable when a white man is not the lead. BOOM!!

For decades the media has bombarded us with images of what happy, smart, healthy, strong, all that is good and right with the world looks like…and it’s all white.

A study by USC took a look at films released in the U.S. from 2007 to 2012 which unsurprisingly found diversity was just about none existing. “Across 100 top-grossing films of 2012, only 10.8 percent of speaking characters are Black, 4.2 percent are Hispanic, 5 percent are Asian, and 3.6 percent are from other (or mixed race) ethnicities”. “Just over three-quarters of all speaking characters are White (76.3 percent). And that study just looked at films in this century!

The “2015 Hollywood Diversity Report” produced by UCLA found that while 40% of the U.S. population is made up of ethnic minorities, they’re only represented in 17% of the lead roles in films.

“Fear is the path to the dark side. Fear leads to anger. Anger leads to hate. Hate leads to suffering”.

Human beings are habitual creatures. We like things to remain as they are, as they always have been. We feel comfort and safety from that stability. But life is anything, but stable. It is all about constant change. So, I get the fear which many people are experiencing because of the emergence of the multicultural majority in the a United States. Some of that fear manifests itself as anger; often violent. And yes, many are made to suffer at the hands of ignorance and hate.

But if we just take a step back and embrace understanding and not tolerance. If we focus on listening first and not rush to speak. If we extended an open hand rather than a fist; perhaps change doesn’t have to be such a frightening thing.

Once I found the root of my problem with the Star Wars trailer I came across thisvideo of Boyega’s reaction at seeing the promotional spot for the first time. I joined in his exuberant celebration not just because the trailer was so cool, but because he and all he represents is SO COOL.

I’m always wrestling with my prejudices. They’re triggered by the many different situations I find myself in.